In 2011 archaeobotanist Reneé Enevold from Moesgaard Museum published a short report about the pollen analysis from two pit houses from the Viking age.

In the North-west suburbia of Aarhus lies Søften, a village of close to 3000 citizens. But there were people living there a 1000 years ago: a Viking age settlement with several pit houses. 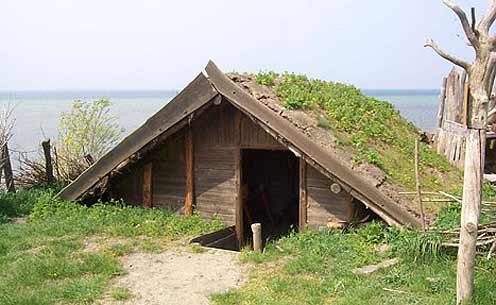 ( Dug-in houses-or pit houses from the Viking age are small buildings where the ground floor is “dug in” the ground from 50 cm to 100 below the surface. They are found in urban environments and in addition to large farms. A large part of them seems to function as specialized buildings for storage and specific crafts- mostly textile work, but also glass bead production, silver and gold work or even a smithy)

Samples was collected from two of those houses and pollen analysis preformed  (Pollen analysis: Palynology, is a type of environmental archaeology in which microscopes are used to analyse the range of plant pollens present in archaeological layers: these can tell us what crops, vegetation or ground cover were likely to have been present when a layer was deposited)

This method is usually used to study the surrounding environment, but in this case it revealed something else..

Since Pollen is close to indestructible, we can be sure that the pollen found in the samples represent the vegetation in the area at the time. HOWEVER- these samples lacked something we normally see in the archaeological layers: Trees and bushes.

Between 95 and 90% of the pollen found in the samples, belongs to herbs and grasses. This makes the archaeobotanist conclude that the house is what we would define as a “closed environment”- meaning that whatever plants found in the house, was brought there by a person, and probably for a good reason.

These two houses contained plants that are edible- grains like rye and barley, but also sea plantain (Plantago maritima) plants in the chenopodiaceae family, like white goose foot and grass-leaved orache, different types of cabbage and Cichorideae plants like dandelion and lettuce. These are plant we still in our modern days use for food.

Some of these plants are probably collected in the wild, but we should not reject the idea about early evidence for vegetable gardening.

Other plants are non-edible, but even today known dye-plants: 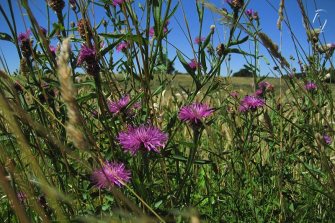 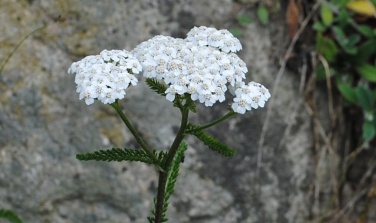 We know very little about the use of wild/semi-domestic plants, gardening and especially medicine in the Viking age, but these two small houses from a common settlement have showed us that that even in a “hole in the ground” there is detailed and surprising evidence about the utilization of plants in the Viking age.

We just have to take a closer look.

For Danish readers, there is the link to the original report:here